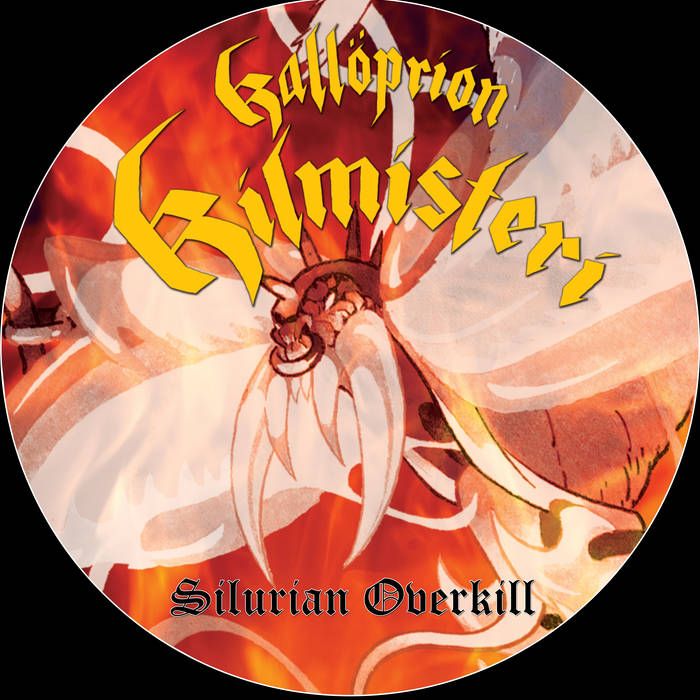 The Kalloprion kilmisteri – Silurian Overkill record features three, thrash/death metal tracks with lyrics by Eriksson. The lyrics hail the fossil and honor Lemmy, who tragically passed away in December 2015, while simultaneously flirting with the MOTÖRHEAD legacy.

The first two tracks were mixed by Mique Flesh in HellSmell Studio, whereas the third track was mixed by Simon Johansson (WOLF) and Mike Wead (KING DIAMOND) in SolnaSound Recording.

Following the digital release, the songs will also be available on a limited, collector’s edition 12” picture vinyl. The record is released by Mats E. Eriksson together with fellow paleontologist Achim G. Reisdorf as the fourth album in the Sonic Science Slam Explorer series. Official release party for the vinyl will take place November 11 at the grand opening ceremony of the “Rock Fossils Exhibition” in Chemnitz, Germany.

Review from Bravewords.com
In honor of the legendary late Lemmy Kilmister, Swedish paleontology professor and heavy metal aficionado Mats E. Eriksson has created the project Kalloprion kilmisteri, named after the fossil he founded in 2006. Three interpretations of the paleo metal song “Silurian Overkill” performed by prolific Swedish death metal bands grace the digital-only three-track EP, which will be followed by the limited, collector’s edition 12” picture vinyl, limited to 300 copies worldwide.

Seance’s brand of death ’n’ roll gets things off to a raucous start boasting a heavy bottom end, vicious vocals from Johan Larsson and blasting drum patterns. Back from the dead once again, this is the band’s first release since 2012, and it’s nothing short of excellent. Denata’s blistering thrash/death metal composition is decorated with Tomas Andersson’s raspy growls and a Motörhead-esque guitar solo by film music composer and longtime, die hard Motörhead fan Mattias Bärjed (Free Fall, Refused, The Soundtrack Of Our Lives, Nymphet Noodlers). The third track is another one by Denata, yet it’s a different sounding thrash/death metal anthem due to Wolf’s Niklas “Viper” Stålvind’s high-end howls. It pulsates and throbs like a vibrant beast. All three tracks, decorated with lyrics by Eriksson that hail the fossil and honor Lemmy, are all musically diverse and differ from each other, making Silurian Overkill a great listening experience.
Kelley Simms

Bandcamp Daily  your guide to the world of Bandcamp